The labyrinth may not fit the description of public art exactly, but we decided to include them anyway. Call it arbitrary - call it curator's discretion. There's one in Squirrel Hill we included too.

The Battle of Homestead or The Homestead Massacre began in the early morning hours of 6 July, 1892. It was one of the most violent, bloody labor disputes in this country’s history and impacted the Homestead area for decades.

This labyrinth memorializes the men that lost their lives that day. It’s located next to the Pumphouse from the long–gone Homestead Steel Works. This was where steelworkers and their families fought the hired guns that HC Frick had brought in to secure the mill in order to break the union. 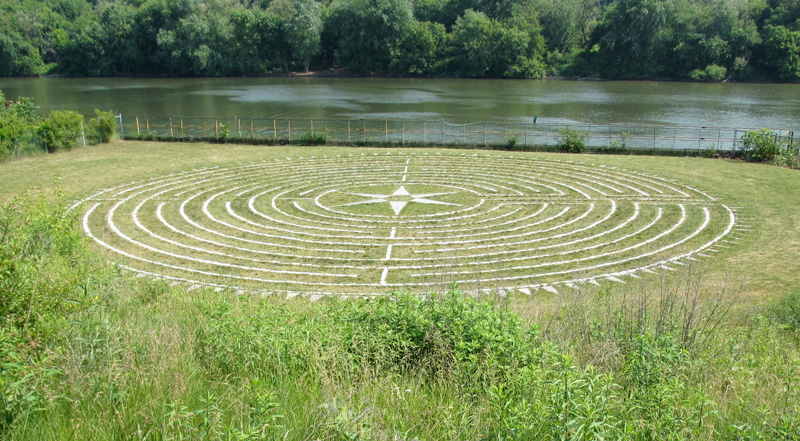 We found this explanation for a labyrinth on Wikipedia, but they referenced it to: Kern, Through the Labyrinth, p. 23.


In colloquial English, labyrinth is generally synonymous with maze, but many contemporary scholars observe a distinction between the two: maze refers to a complex branching (multicursal) puzzle with choices of path and direction; while a single-path (unicursal) labyrinth has only a single, non-branching path, which leads to the center. A labyrinth in this sense has an unambiguous route to the center and back and is not designed to be difficult to navigate.

Often used for meditation, the labyrinth is meant as a healing, tranquil monument to the local history. There are around 250 perimeter stones. Many have the name of a steel mill etched on them.