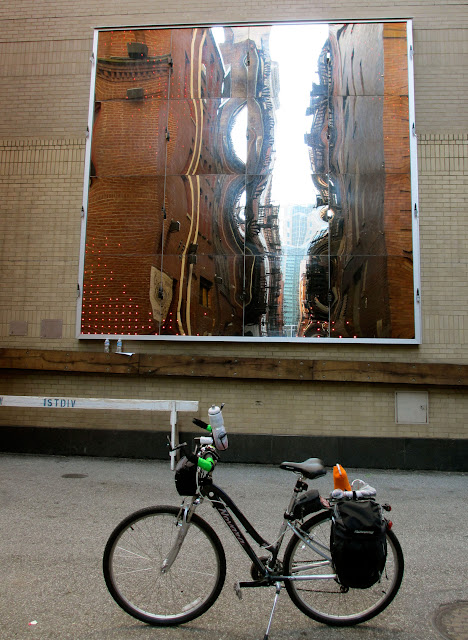 The Pittsburgh Cultural Trust commissioned this interactive, electronic mural in an alley behind the Benedum Theater. It's the city's first mural that's a collaboration between an engineering firm (GigaHertz) and an artist collective (Informationlab).

Cell Phone Disco is a 16'x16' mirrored display that uses cell phone signals to generate light displays. The more cell phone activity in the vicinity, the more the lights flash on the panel. 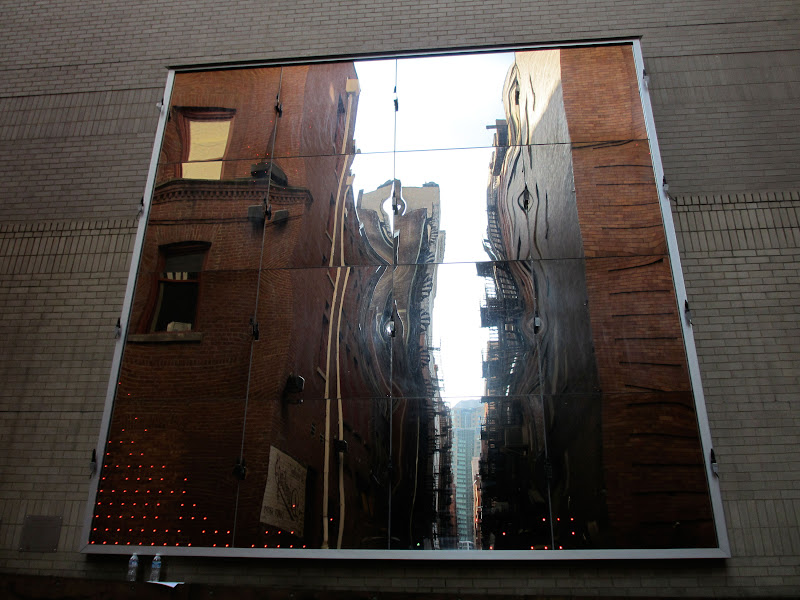 At first it seems a strange place to put an art display, but the lighting in the alley makes the red LEDs much more visible as people pass by making calls. There are 16 antennas collecting the electromagnetic data and 2,034 red led lights that display in what appears to be random patterns. Fun!