Scott Fertig was mostly a caricature artist, but he did do other artwork. This 1957 Chevy mural done in segments is his public art legacy in Pittsburgh. A native of Bon Air (a small neighborhood just south of Belzhoover), Mr Fertig eventually moved to Washington DC. He passed away in 2008 from cancer.

Update, Dec 2013
We were contacted by Jim Lancia, a friend of Scott Fertig’s and the owner of the 57 Chevy that Scott painted in this mural. He told us that Scott was a great guy, missed by many. He shared this photograph of himself, Scott, and Scott’s parents with that car at the site of the mural. 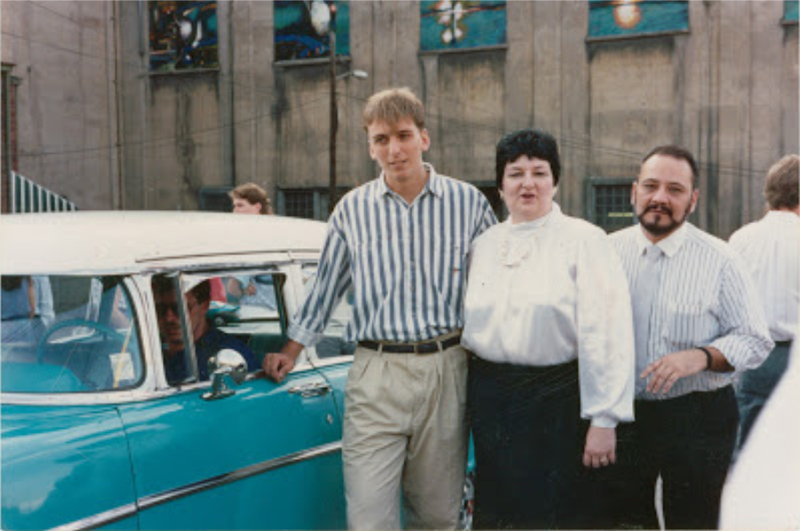