Traveling southbound on Allegheny River Blvd, this mural depicting elements of Verona’s history will greet you as you enter the business district. It’s just south of the town’s Veterans Memorial Park.

According to a Post–Gazette article by Teresita Kolenchak, the Verona Chamber of Commerce wanted new signs and local artist Rich Boniker suggested the mural. Using the new town slogan Proud of Our Heritage Mr Boniker and fellow artist Peter Theofilis created the mural using the 1971 Verona Centennial Book as a reference. At one time Verona had four train stations and pretty much everything revolved around the railroads. 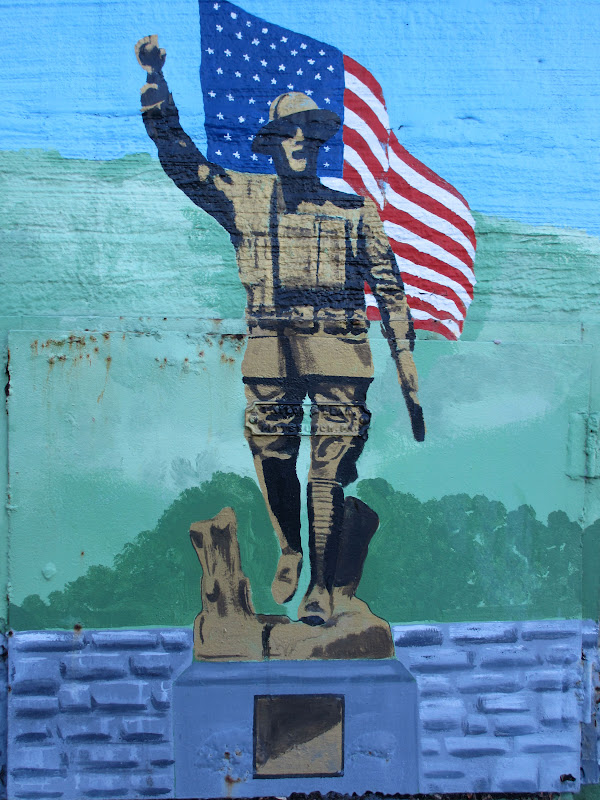 From 1952 until 2007 Verona had a Doughboy statue in the Veterans Memorial Park about a block from this mural. The statue is included on the left side of the mural. 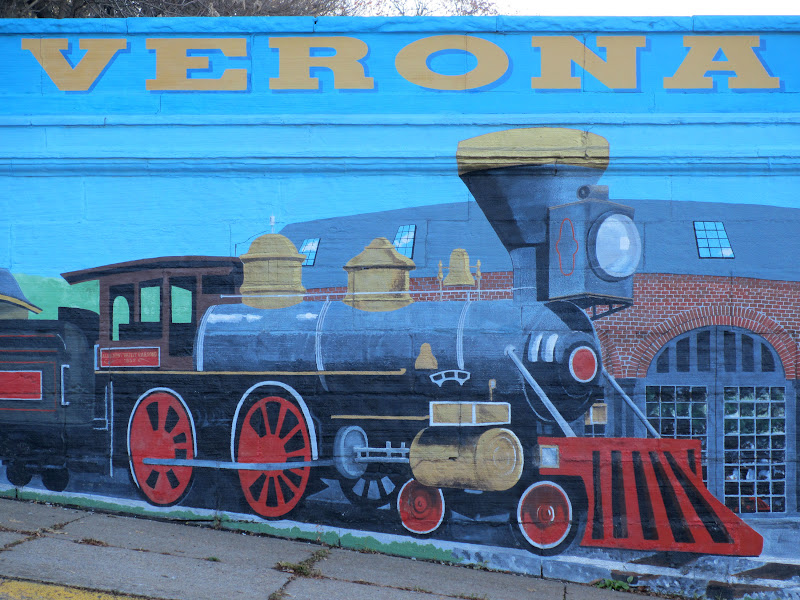 The rest of the mural is all about the railroad – just as the town was. The crossing sign is not painted on – it’s a sign mounted to the wall. A barge on the river is more background than subject. 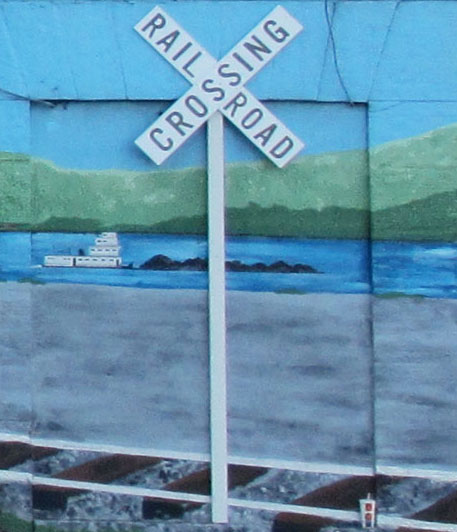 The mural makes a very nice welcome sign for Verona and reminds visitors of how important the railroad was to this town, even with it’s proximity to the Allegheny River.