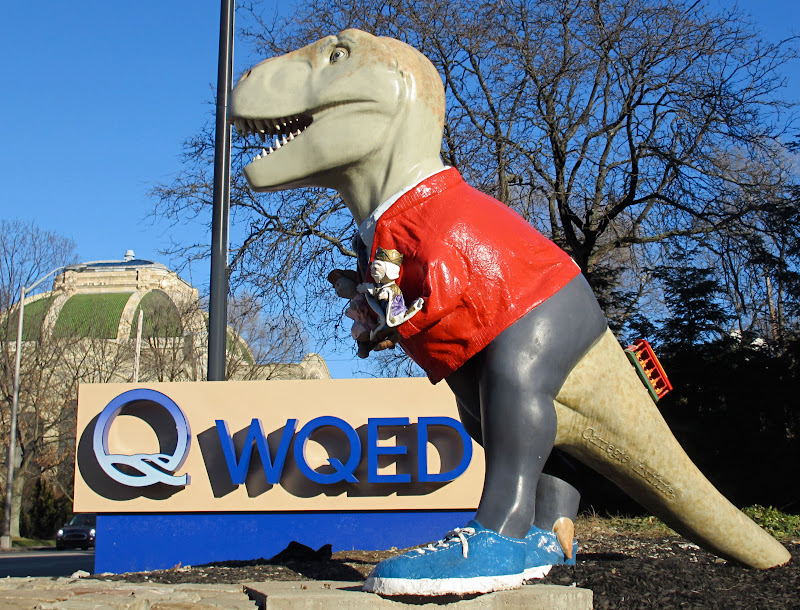 The dinosaurs from the Carnegie Museum’s DinoMite Days were all adopted and moved to their new homes years ago. A handful remain scattered around the city in public places and those are the ones we’ve included in this website.

Fredosaurus Rex Friday XIII should need no introduction. After all, like his namesake, he’s everybody’s neighbor! WQED studios is home to this much loved dino, just like they were home to Mr Roger’s neighborhood. I have to wonder how many children have stood in front of this dinosaur to have their picture taken. 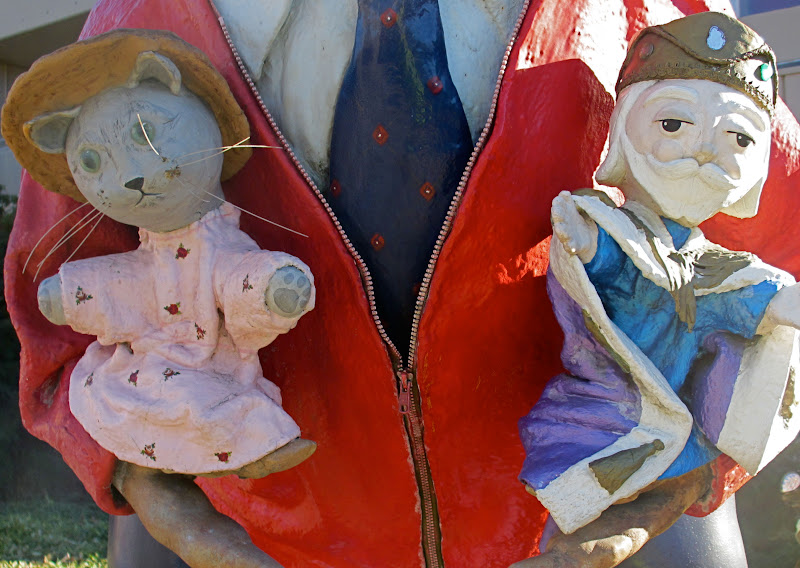 Update 3 May 2014:
Even though Fredosaurus Rex graced the grounds of the WQED studios for 10 years, it belongs to the The Fred Rogers Company, who had offices in the studio’s building. In 2013 The Fred Rogers Company relocated to the Southside, and Fredosaurus Rex Friday XIII was sent to its creator for restoration. Karen Howell meticulously restored the dino to mint condition, even reinforcing the new trolley so it might hold up to the exuberant children who hang all over the sculpture. 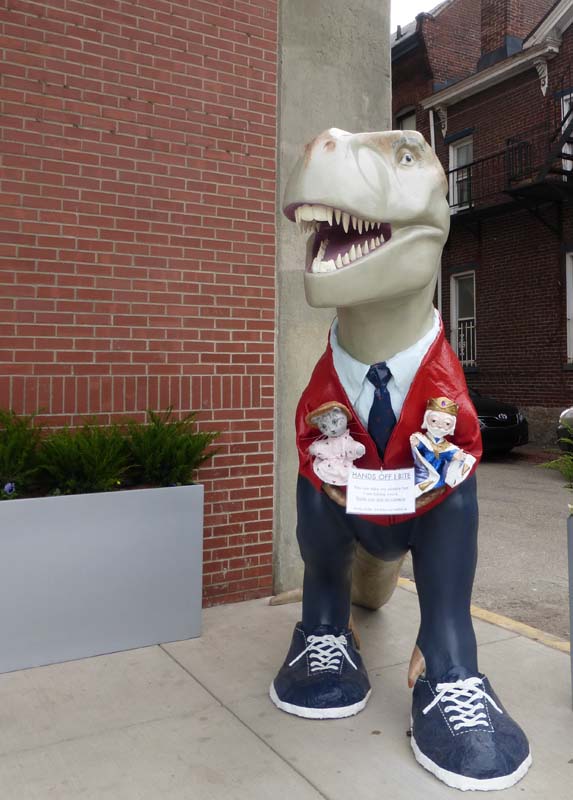 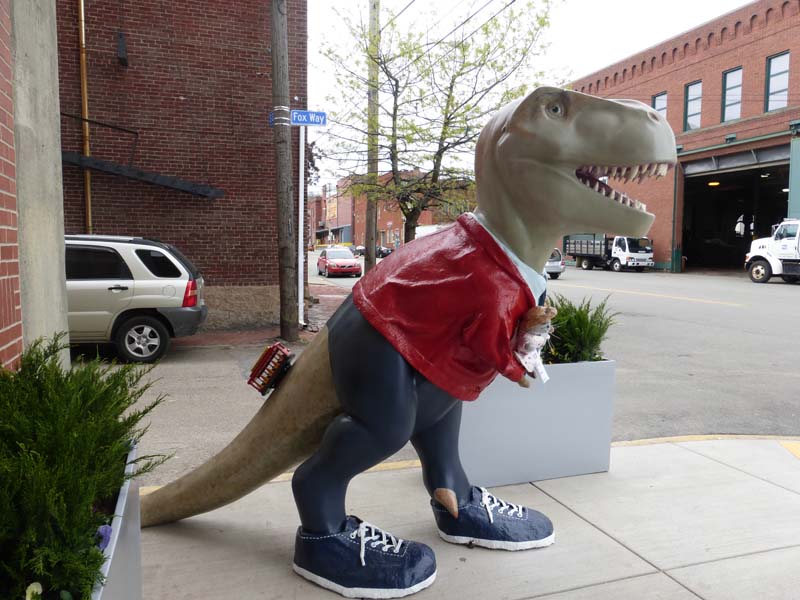 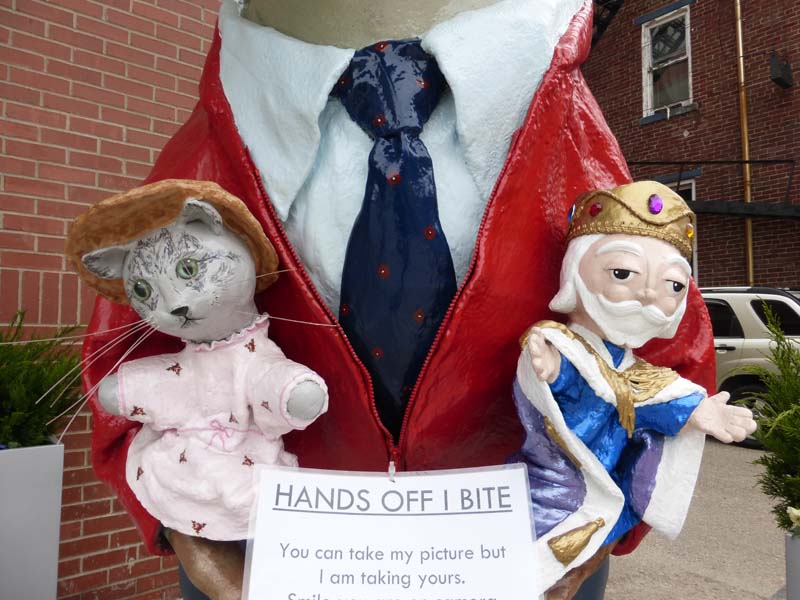 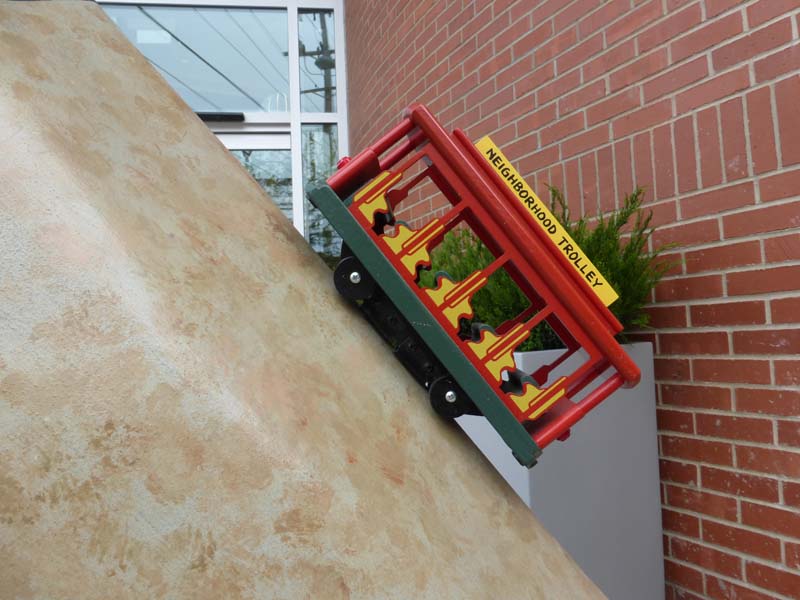