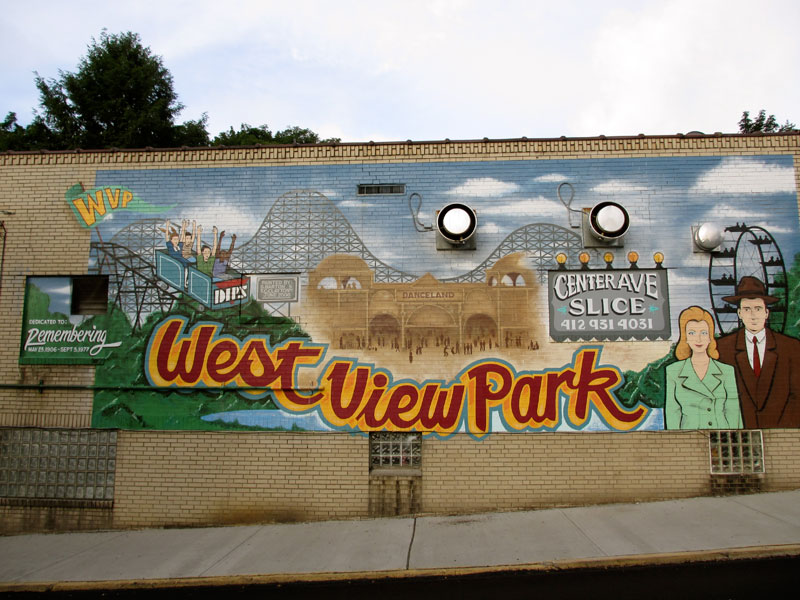 A friend we met through Bike–Pgh has alerted us to several murals. This was one of them. Another reminder of a great, local amusement park. For anyone that didn’t grow up having school picnics at West View Park, you missed out. According to popularpittsburgh.com, West View had the first rollercoaster in Pennsylvania to have drops over 50 feet. They were called the Big Dips and in Kiddieland they had a smaller version called the Little Dips. There were plenty of other great rides, but this mural remembers the park with two of the more famous and popular attractions. The other one being Danceland. Big name musical acts performed here for decades. The mural brings back good memories for anyone that grew up around here.