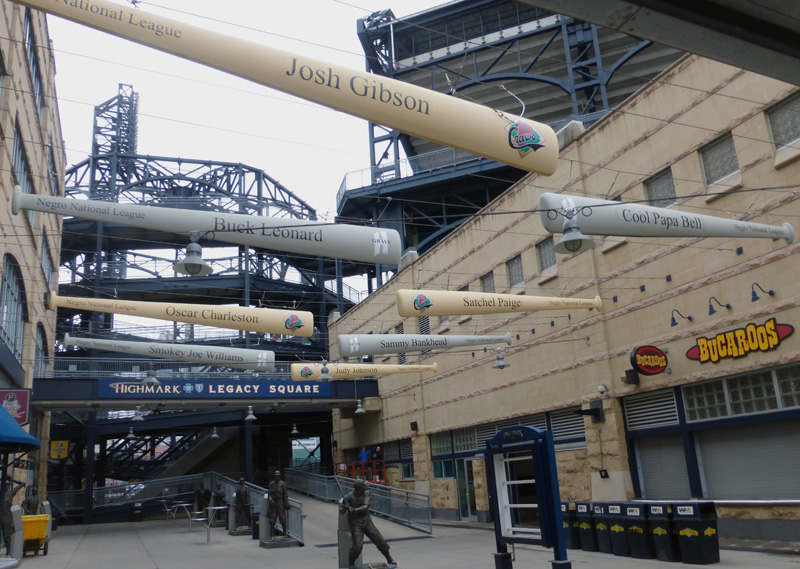 So sorry to report that this treasure is gone. The statues were auctioned off and Legacy Square is no more. We’ve been unable to locate any information regarding why this was done. It sure looks empty there without them.

As a kid I remember my dad telling me what great players he used to watch in the Negro League. Pittsburgh had two teams when he was a kid: the Homestead Grays and the Pittsburgh Crawfords. According to my dad, some of the best baseball players in the country – in any league – were on those teams. 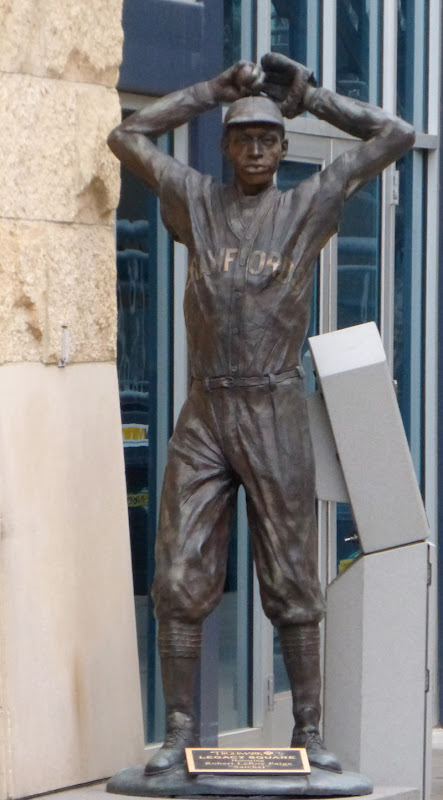 Until Jackie Robinson broke the color line in 1947 and became the first African–American to play in the Major Leagues, baseball was segregated. There had been plenty of black and cuban teams formed over the years, but prejudice and discrimination limited their opportunities. Several attempts to establish a separate league were made, but they always folded and had to be reinvented again. Both black and Latino athletes were restricted to playing on those teams. In the early 1940’s the Negro League was starting to see some success. 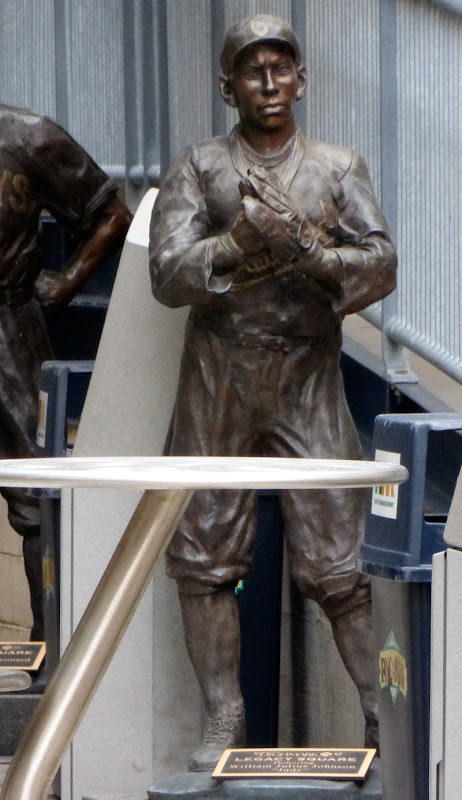 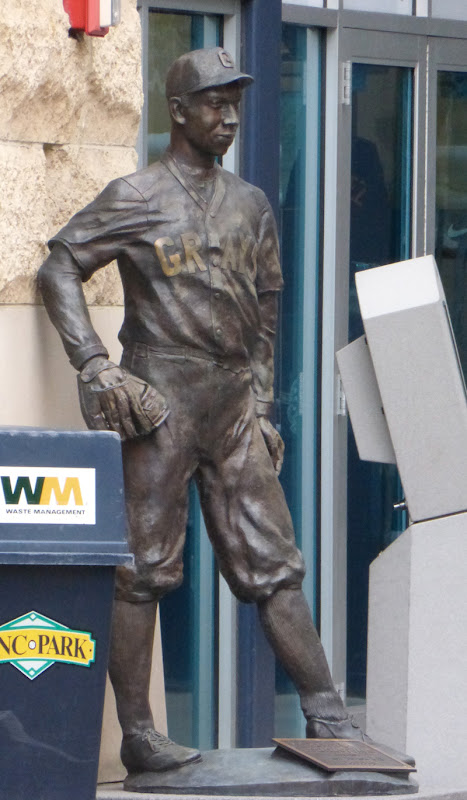 PNC Park had built an entire area to honor and remember some of the great players of the Pittsburgh Crawfords and Homestead Grays. These athletes are as much a part of our city’s baseball heritage as any of the past Pirates’ players. It was nice to see them recognized. 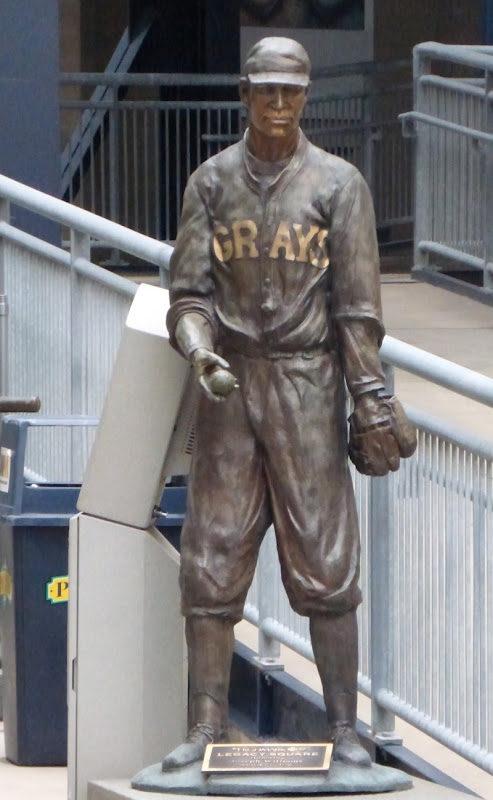 The sculptures were all a part of Legacy Square, which opened in 2006 and was dismantled in 2015. Just inside the Left Field Gate entrance to the ballpark were eight life–size bronze figures. We took these photos through the bars on the closed gates, so not the best photos but better than nothing. 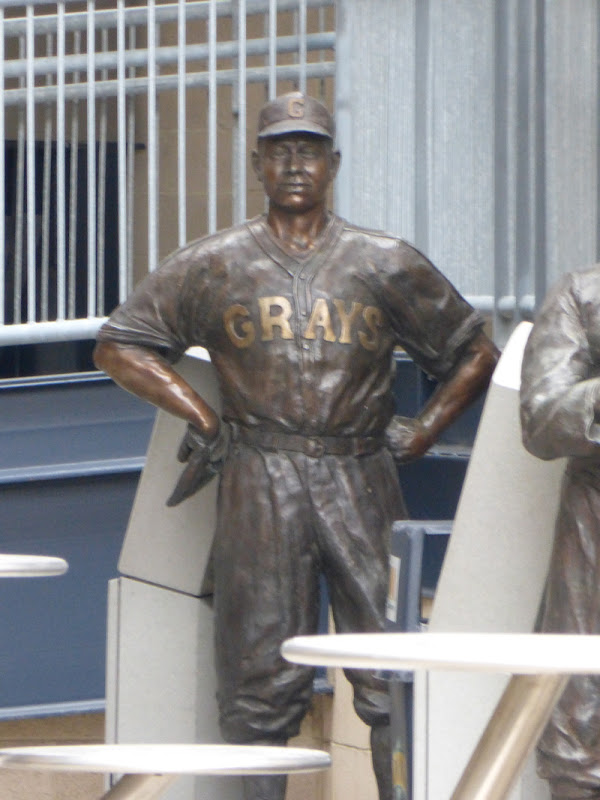 Besides the sculptures, Legacy Square also had a theater where you could watch video on the history of these teams, and information about the history of segregated baseball. 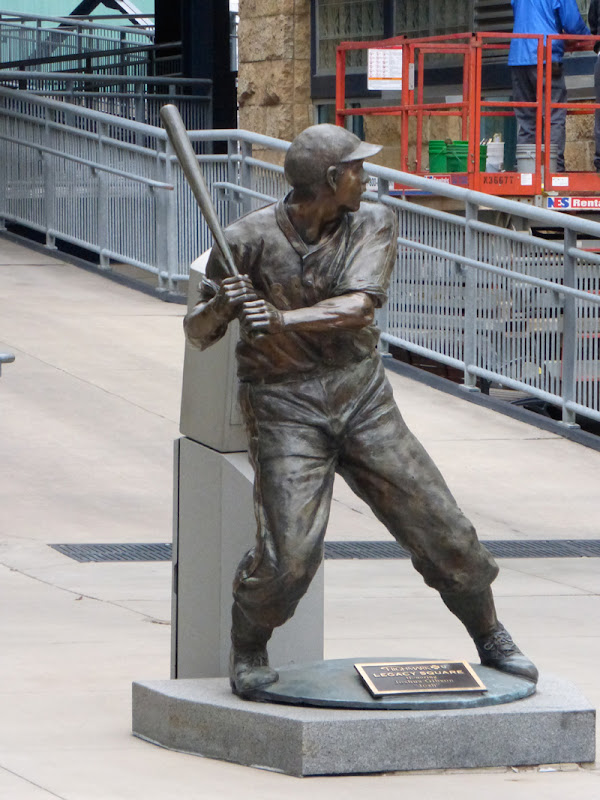 Legacy Square was designed by Ed Scheele, of ESA Design and Rob Ruck, a professor at Pitt and a Negro Leagues historian. 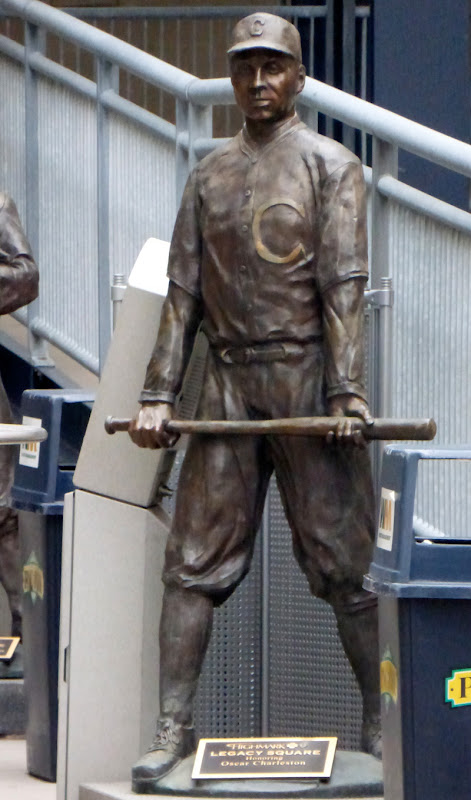 The sculptures were done by John Forsythe, who also worked with a team to create the bronze sculptures in the Negro Leagues Baseball Museum in Kansas City, MO.