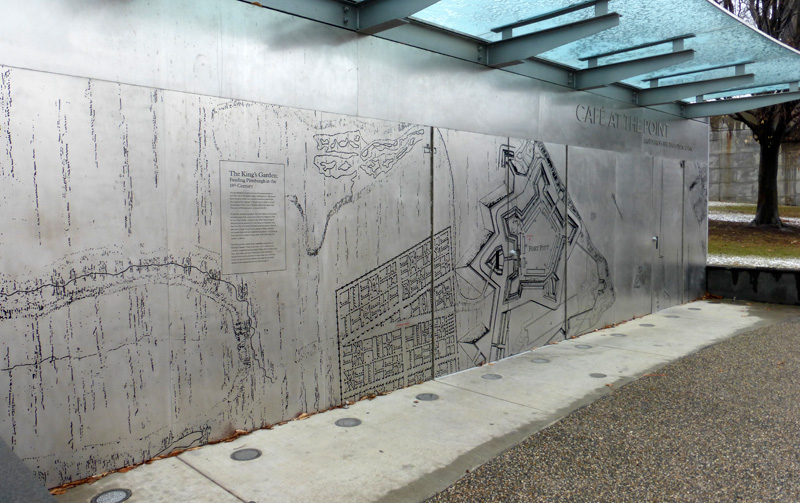 There’s a small – sort of fold–up – café in Point State Park. When it’s closed up, the stainless steel front has this great etched map of what this location used to look like. Included in the etching is this explanation:

This map depicts Fort Pitt and its extensive outworks and gardens lying at the Forks of the Ohio River. The original manuscript, produced by British military engineer Lieutenant Elias Meyer around 1761, is held by The National Archives of the United Kingdom.

They also give a description of how the area was used for gardening:

The King’s Garden:
Feeding Pittsburgh in the 18th Century
You are standing on what was once the parade ground of Fort Pitt, one of the largest military fortifications in 18th century North America. British and colonial American soldiers built this massive Fort between 1759 and 1761 in order to control the strategic Forks of the Ohio River (now Point State Park). The town of Pittsburgh grew up around Fort Pitt.
To feed the growing population, Fort Pitt’s British commanders set aside nearly forty acres of land along the Allegheny River for the King’s Garden, named for the British King George III. Stretching three–quarters of a mile along the Allegheny River from Fort Pitt, the Garden included a bowling green, a fenced deer park, a large orchard, and a series of fields, pastures, and garden plots laid out in geometrical patterns. The plantings that make up the green or living walls of the cafe reflect the Garden’s patterns.
Fort Pitt’s garrison raised fruits, vegetables, and grains in the King’s Garden. These local crops, rich in vitamins and nutrients, supplemented the typical military diet of salted meat, flour, dried peas, and rice. Pittsburgh’s early inhabitants enjoyed strolling the grounds for many years and continued to use the term the King’s Garden even after the colonists declared their independence from King George III. 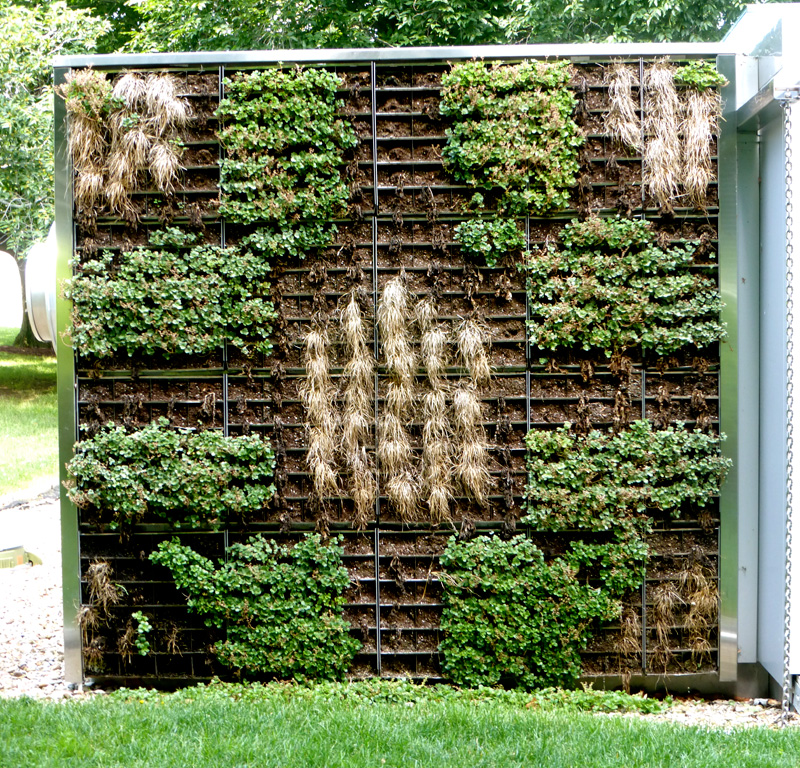 Living wall on the side of the cafe.
Posted by Pgh Murals at 09:29